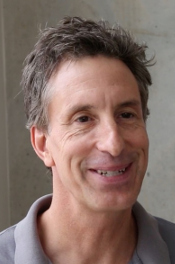 Robert Nowak received the B.S., M.S., and Ph.D. degrees in electrical engineering from the University of Wisconsin-Madison in 1990, 1992, and 1995, respectively. Professor Nowak is currently the McFarland-Bascom Professor in Engineering at the University of Wisconsin-Madison, as well as being affiliated with the departments of Computer Sciences and Biomedical Engineering at the University of Wisconsin. Professor Nowak has held visiting positions at INRIA, Sophia-Antipolis (2001), and Trinity College, Cambridge (2010). Professor Nowak received the General Electric Genius of Invention Award (1993), the National Science Foundation CAREER Award (1997), the Army Research Office Young Investigator Program Award (1999), the Office of Naval Research Young Investigator Program Award (2000), the IEEE Signal Processing Society Young Author Best Paper Award (2000), the IEEE Signal Processing Society Best Paper Award (2011), and the ASPRS Talbert Abrams Paper Award (2012), and the IEEE W. R. G. Baker Award for most outstanding paper in any IEEE publications (2014). He is a Fellow of the IEEE and the Wisconsin Institute for Discovery, a member of the Wisconsin Optimization group, and organizer of the SILO seminar series His research interests include signal processing and machine learning. The BeerMapper and NEXT systems are recent applications of his research. His Google Scholar page contains further information about his research and publications.