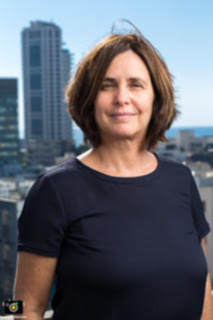 Director
Simons Institute for the Theory of Computing

Goldwasser was the recipient of the ACM Turing Award in 2012, the Gödel Prize in 1993 and in 2001, the ACM Grace Murray Hopper Award in 1996, the RSA Award in Mathematics in 1998, the ACM Athena Award for Women in Computer Science in 2008, the Benjamin Franklin Medal in 2010, the IEEE Emanuel R. Piore Award in 2011, the Simons Foundation Investigator Award in 2012, and the BBVA Foundation Frontiers of Knowledge Award in 2018. Goldwasser is a member of the NAS, NAE, AAAS, the Russian Academy of Science, the Israeli Academy of Science, and the London Royal Mathematical Society. Goldwasser holds honorary degrees from Ben Gurion University, Bar Ilan University, Haifa University, and the University of Oxford, and has received the UC Berkeley Distinguished Alumnus Award and the Barnard College Medal of Distinction.